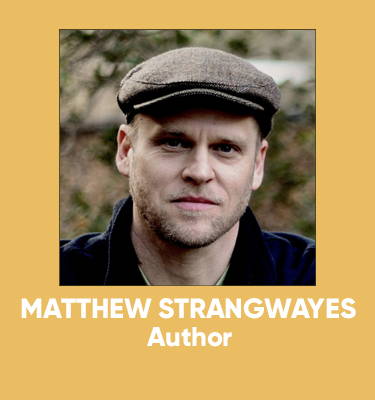 Matt Strangwayes has varied works published in several mediums. A seasoned copywriter, journalist, interpretive writer, creative writer, and songwriter, he finds inspiration in just about anything that crosses his path. Matt’s lifelong fascination with the desert southwest and all its critters brought him from New York State to Arizona in the 1990’s, and he has not looked back.

As the Phoenix Zoo’s Interpretive Content Manager, he has the privilege of learning astounding new things about the natural world every day. His favorite Beatle is Paul, with the bombardier beetle a close second. The Endangered Animals of the Southwestern United States is the first work for Pygmy Giraffe that Matt has contributed. The next is a chapter book series about a very adventurous Galapagos Tortoise coming in 2022.

Want to schedule a reading and presentation of my book at your school or library? Just fill out the form below and I'll be in contact within 48 hours to discuss the details.

You have successfully subscribed!

Please login and you will add product to your wishlist

SIGN IN REGISTER
Liquid error: Could not find asset snippets/tedp-global-scripts.liquid
Product has been added to your wishlist.
You can view your wishlist by creating or login account.
Please create account through ##customer_email## email
Login Register
×
Welcome Newcomer